Are you adaptable to the changes of the world?

I toyed with a dozen titles for this post… and settled on the question “Are you adaptable to the changes of the world?” because it is a question i find myself asking frequently.  It seems that the world is changing so rapidly again, and the way we have functioned is changing too.  In past blogs we explored the changes that technology has made on our communication style.  With the sharp rise in new technologies, development of new venues and outlets for conveying information there is a great need to adapt, change, and modify how we are living, communicating and functioning.

The concept of adapting is not something that is intuitive to everyone.  Recently that became crystal clear to me.  I was asked by the head of our studio to organize our building for an event in August.  Now i have to tell you that i love the studio I am in, as well as the vintage former textile mill building in what once was the garment district of Cleveland…. The structure is over 100 years old, high ceilings, and vintage man operated elevators.  Most of the artists and businesses in the building are clearly living in the present, engaging social media, working hard at developing their art, their customer base, and carefully creating what is in demand.  That is most of the artists – not all.

Feedback was wonderfully supportive – excited to be involved, and willing to do what is needed to bring this event to a successful result.  But there were two painters that expressed a different story. (Arent there always one or two sticks in the mud?)  In fact, rather than joining the party, they made it clear they would not partner with us, and in fact one of the emails told me to go F&@k myself.  Wow. What was that about?

And then I realized what is going on. Adaptability is not in their vocabulary.  They have been painters for many years, keeping a studio and doing their thing in the same manner they have the past 30-40 years.  Yes, they discovered social media, but they never worked on building relationships with their customers, or the community of artists in the area.  They have settled into a pattern and believe “If you build it they will come.”  All i can say is “NO”.  Life is different now – people expect much more.  Yes, i think it starts with great communication, keeping people informed, engaged, educated.  As an artist, or for that matter, as a human being I always ask myself what kind of value am i providing to others?  how am I improving the outlook of others?  How is the world better for what I offer? 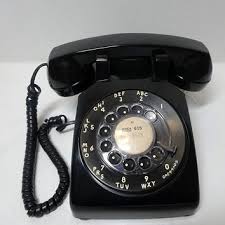 Adapting to change is both a difficult thing, and an absolutely critical skill set these days.  I view the scenario of these two ladies as like using an old hard wired rotary wall phone in this day of super smart phones.  We don’t function well with rotary, nobody wants to remain tethered to the kitchen wall any more, and technology has moved us light years ahead.  So why choose rotary phones?  (OK, for those unfamiliar, at one time phones were hard wired to the wall, limiting where you would be able to take your phone call. Rather than buttons to press, there was a circular dial with finger holes at each number.  To dial you placed your finger in the hole corresponding to the number and rotated the dial, then released it.)

So how adaptable are you to changes in life?  Are you willing to modify and change how you function to make a bigger impact?  or do you prefer status quo – make no waves?